Prominence 30A Homes For Sale | Townhomes

Click The link below to search all homes and townhouses for sale in Prominence on Hwy 30A near in Santa Rosa Beach.

Prominence 30A Homes For Sale

Click the link below to see all recent home and townhouse sales in Prominence 30A.

The town homes are located on the North side of 30A and the houses are located South of 30A.  There will be two large pools (one North of 30a and one South of 30A), a fitness center, retail shopping, restaurants, and a beach shuttle to Deer Lake State Park Beach and other Beach Accesses during peak season.

Prominence Beach Access - To be clear, Prominence does not have its own deeded beach access and you do not have access through WaterSound.  Fortunately, the 30A corridor does have many public beach accesses that you can use. You will probably need to drive or bike when accessing the beach from Prominence.

Residents will enjoy the Prominence Town Center, 2 large resort style pools, the fitness center and a Private Shuttle Service (during peak season) to the beaches of 30A.  The Hub is the community's town center and includes restaurants, shops, and an amphitheater with covered event pavilion, a cinema screen for movies as well as a stage for live music and events.  Emerald Homes aka DR Horton is the exclusive builder in Prominence on 30A.

You will see from the map above that Prominence is surrounded by WaterSound, Florida.  Prominence does not have deeded beach access but there are some very good public beach accesses nearby.  Deer Lake State Park is located to the West of Prominence. 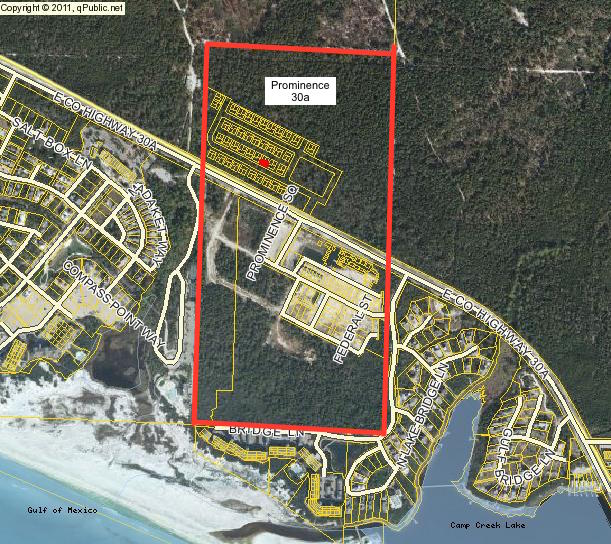 Below is a video overview of the Prominence Development on Hwy 30A and the retail center known as The Hub. 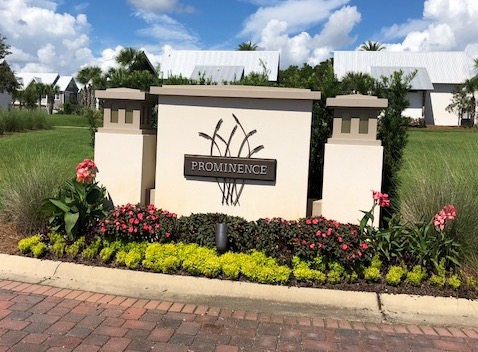 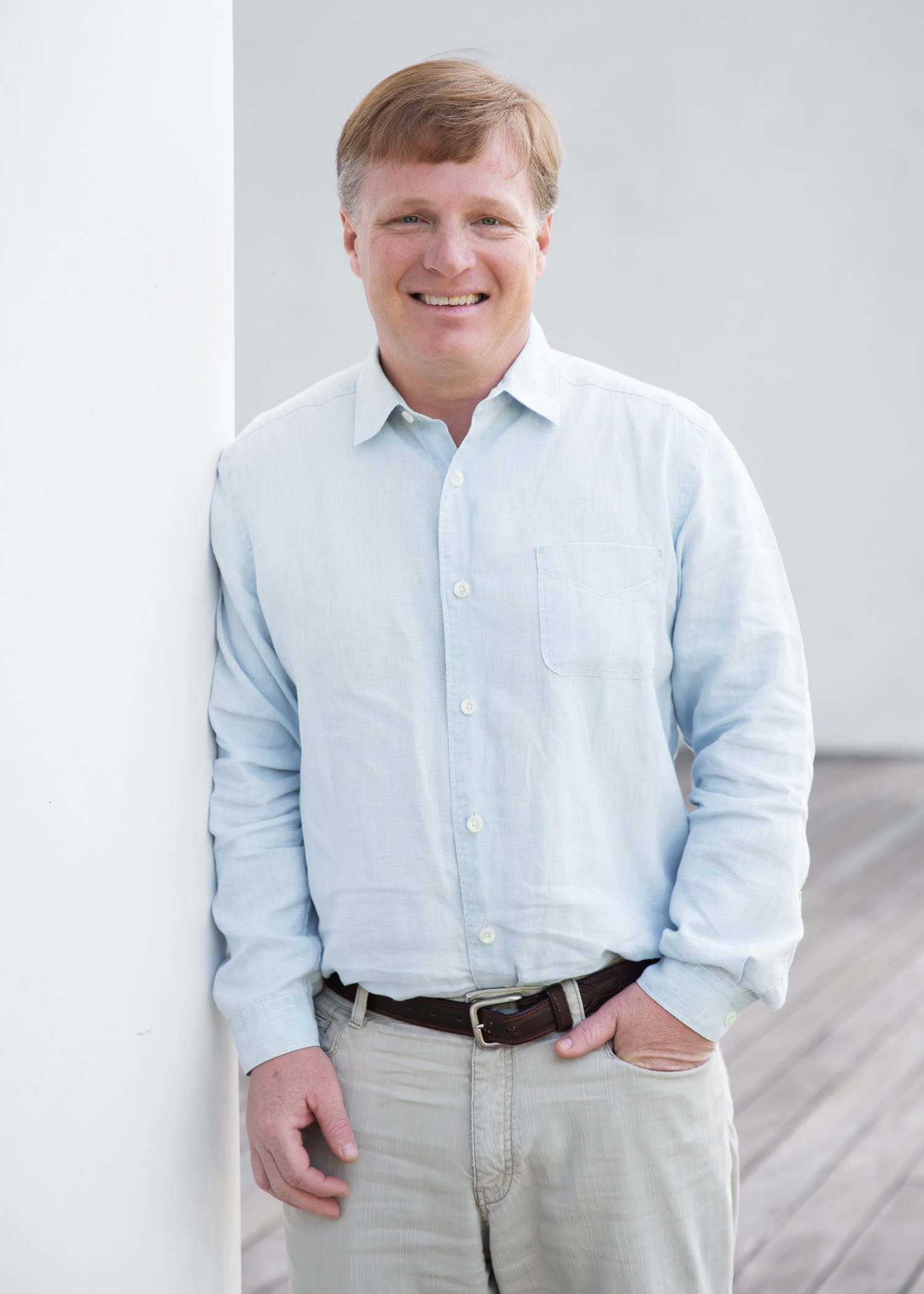